Home » The health benefits of coffee

The health benefits of coffee

The benefits of coffee have been the topic of a lot of news reports lately. It’s not just black water with caffeine. A growing body of research has shown coffee has many incredible health benefits beyond the morning caffeine pick me up. 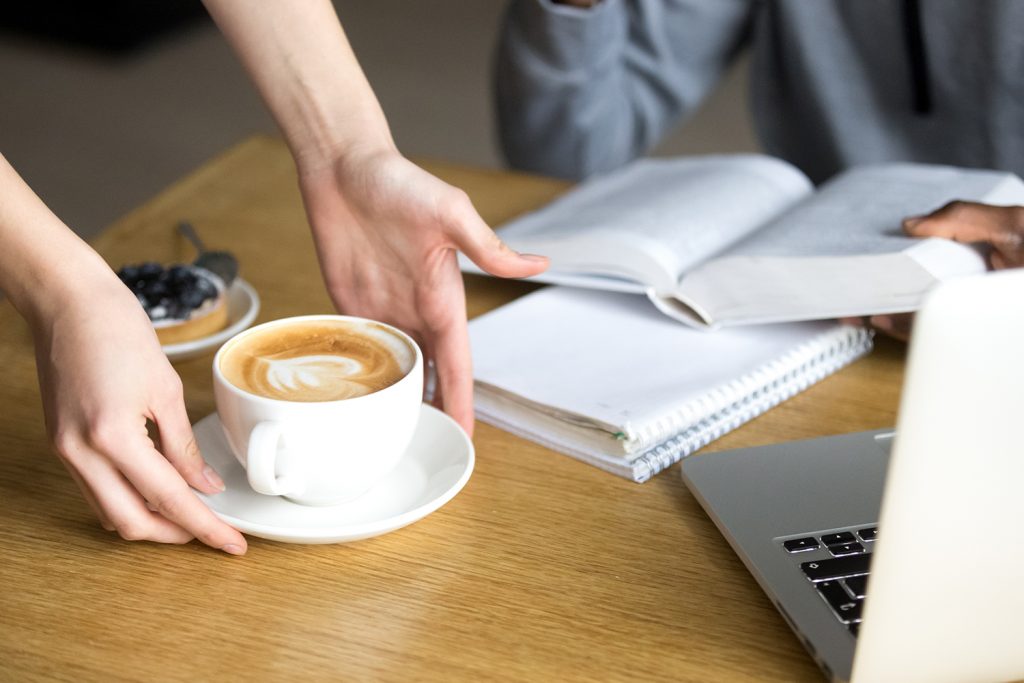 Here are 10 reasons drinking coffee may be healthier for you than you thought.

1. Coffee is a potent source of healthful antioxidants

Numerous studies have cited coffee as a major – and in some cases, the primary – dietary source of antioxidants for its subjects.

When a group of volunteers received a dose of 100 milligrams (mg) of caffeine, about as much contained in a single cup of coffee, Austrian researchers found a surge in the volunteers’ brain activity, measured by functional magnetic resonance imagery (fMRI), as they performed a memory task.

The researchers noted that the memory skills and reaction times of the caffeinated volunteers were also improved when compared to the control group who received a placebo and showed no increase in brain activity.

In addition to providing a temporary boost in brain activity and memory, regular coffee consumption may help prevent cognitive decline associated with Alzheimer’s disease and other types of dementia.

In one promising Finnish study, researchers found that drinking three to five cups of coffee daily at midlife was associated with a 65% decreased risk of Alzheimer’s and dementia in later life. Interestingly, the study authors also measured the effect of tea drinking on cognitive decline, but found no association. 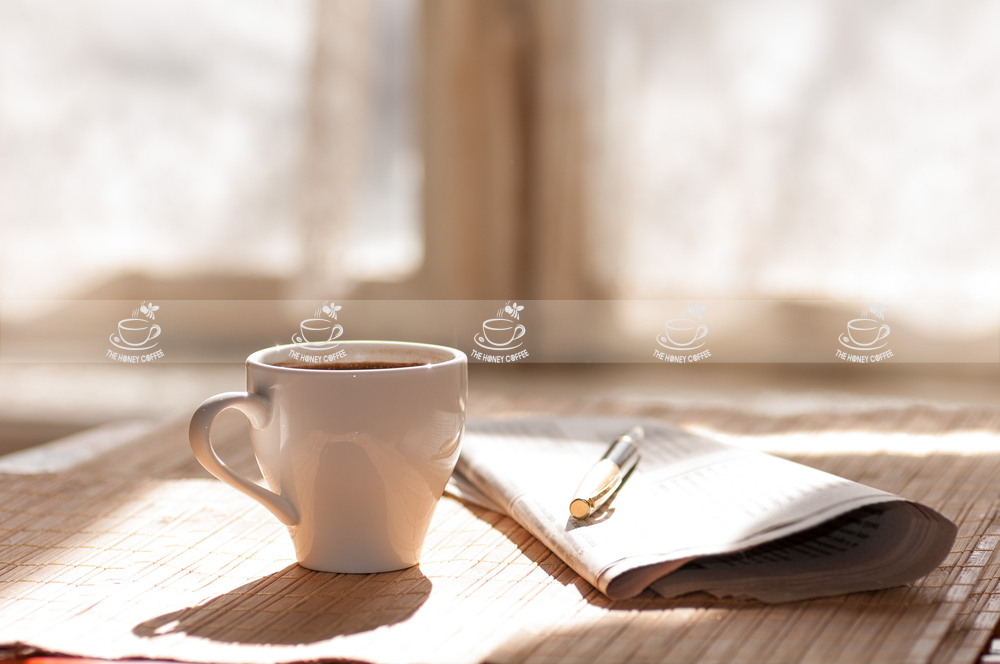 4. Coffee is healthy for your heart

A landmark Dutch study, which analyzed data from more than 37,000 people over a period of 13 years, found that moderate coffee drinkers (who consumed between two to four cups daily) had a 20% lower risk of heart disease as compared to heavy or light coffee drinkers, and nondrinkers.

Men who drink coffee may be at a lower risk of developing aggressive prostate cancer. In addition, new research from the Harvard School of Public Health suggests that drinking four or more cups of coffee daily decreased the risk of endometrial cancer in women by 25% as compared to women who drank less than one cup a day.

6. Coffee may lessen your risk of developing type 2 diabetes

A growing body of research suggests an association between coffee drinking and a reduced risk of diabetes. A 2009 study found that the risk of developing diabetes dropped by 7% for each daily cup of coffee. Previous epidemiological studies reported that heavy coffee drinkers (those who regularly drink four or more cups daily) had a 50% lower risk of developing diabetes than light drinkers or nondrinkers.

It’s true: In addition to lowering the risk of liver cancer, coffee consumption has been linked to a lower incidence of cirrhosis, especially alcoholic cirrhosis.

A study in the Archives of Internal Medicine demonstrated an inverse correlation between increased coffee consumption and a decreased risk of cirrhosis – a 20% reduction for each cup consumed (up to four cups).

We’ve been conditioned to believe that caffeine is dehydrating, one of the primary reasons why fitness experts recommend nixing coffee pre- and post-workout.

However, recent research suggests that moderate caffeine consumption – up to about 500 mg, or about five cups per day – doesn’t dehydrate exercisers enough to interfere with their workout. In addition, coffee helps battle fatigue, enabling you to exercise longer.

Multiple studies have linked coffee drinking to lower rates of depression in both men and women. In several studies, the data suggested an inverse relationship between coffee consumption and depression: in other words, heavy coffee drinkers seemed to have the lowest risk (up to 20%) of depression.

Independent studies on the coffee consumption patterns of men and women suggest that drinking coffee regularly reduces the risk of developing gout. Researchers in the Nurses’ Health Study analyzed the health habits of nearly 90,000 female nurses over a period of 26 years and found a positive correlation between long-term coffee consumption and a decreased risk for gout. The benefit was associated with both regular and decaf consumption: women who drank more than four cups of regular coffee daily had a 57% decreased risk of gout; gout risk decreased 22% in women who drank between one and three cups daily; and one cup of decaf per day was associated with a 23% reduced risk of gout when compared to the women who didn’t drink coffee at all. Similar findings have been documented for men: another large-scale study, published in the journal Arthritis & Rheumatism, found that men who drank four to five cups of coffee per day decreased their risk of gout by 40%, and that those who consumed six cups or more lowered gout risk by 60%. 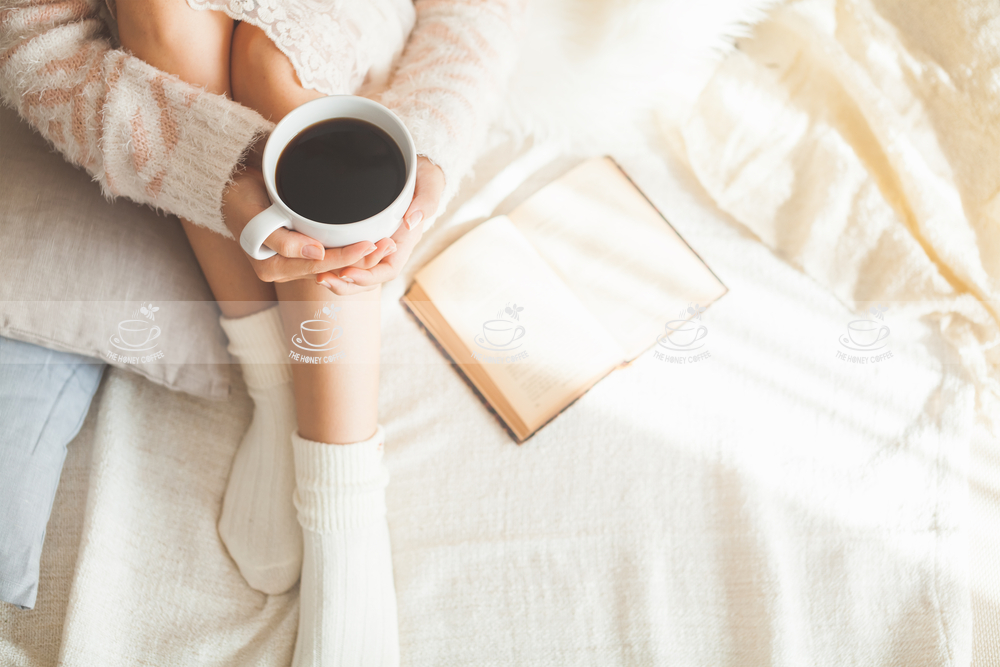 The potential health benefits of drinking coffee are exciting news, but that doesn’t mean more is better. For some people, coffee can cause irritability, nervousness or anxiety in high doses, and it can also impact sleep quality and cause insomnia.

In people with hypertension, coffee consumption does transiently raise their blood pressure -although for no more than several hours – but no correlation has been found between coffee drinking and long-term increases in blood pressure or the incidence of cardiovascular disease in patients with pre-existing hypertension.

Caffeine affects every person differently, so if you experience any negative side effects, consider cutting your coffee consumption accordingly. It takes about six hours for the effects of caffeine to wear off, so limit coffee drinking to early in the day, or switch to decaf, which only contains about 2 to 12 mg of caffeine per eight ounces.

Always taper your coffee consumption gradually. Avoid quitting coffee cold turkey; doing so can lead to caffeine withdrawal symptoms that may include severe headache, muscle aches and fatigue which can last for days.

Scientists have suggested that coffee, tea and chocolate could be good for cardiovascular health. Drinking coffee regularly does not cause the heart to beat more, a new study has found. The findings go against previous studies which suggested that drinking coffee raises the heart rate, and have prompted the research team to call for clinical […]

Things you should know before buying a coffee maker

The coffee maker is the sun around which your kitchen orbits: The day waxes as the first cups brew in the morning, and wanes as the last pot of decaf is prepared. That’s why buying a new machine can be a really big decision and feel like the whole house’s happiness rests in the balance. […]

How to use a coffee maker at home

Believe it or not, as simple a process it is to make coffee, many people still manage to mess it up or just don’t manage to read the manual to figure out how to use a coffee maker. The invention of home coffee makers marked a new age in the coffee industry. With coffee makers, […]

How do we distinguish between real coffee and fake coffee?

Could the coffee you are having in your cup be fake? There are rising concerns about the increasing rate of “fake coffee” in the market today. The challenging bit is that unscrupulous traders keep working on their formulas so that the consumer can hardly point out the fake coffee from the real one. You could […]